Grand Canyon Will Soon Be a Dark Sky Park 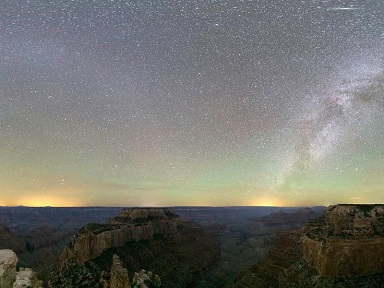 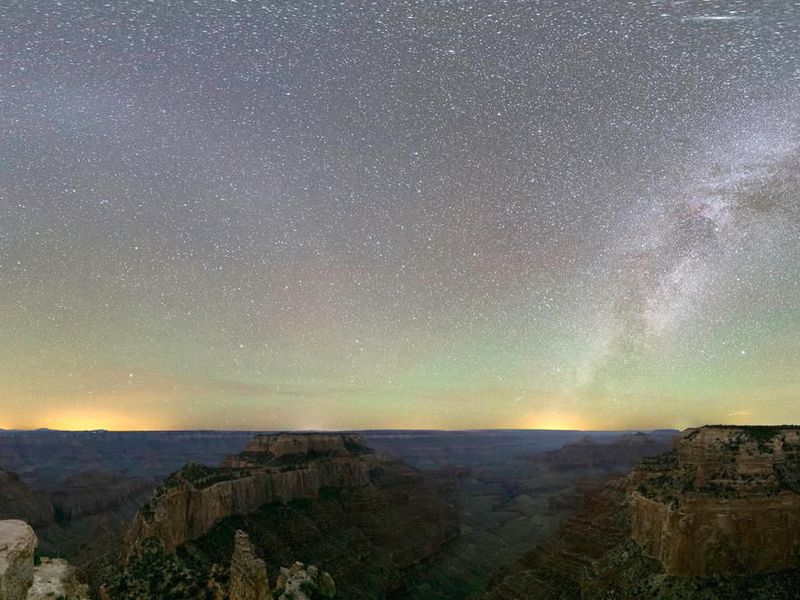 Some of the best views in the world are found at vantages around Arizona’s Grand Canyon. That includes the view looking up at night; the remote area has some of the darkest skies and shiniest stars in the whole world, and the International Dark Sky Association is expected to make that official by designating Grand Canyon National Park an International Dark Sky Park in the coming days.

The upcoming designation means that the park has a “distinguished quality” of its starry nights or nocturnal environment. In other words, it’s really dark, and the skies look similar to what humans would have seen hundreds or thousands of years ago. While the area is so remote it’s naturally super-dark, earning the designation has taken a little work to minimize the impact of 5 million people who visit annually. According to Weldon Johnson at The Arizona Republic the Grand Canyon was issued “provisional” status as a dark sky park in 2016 with the understanding that to earn official Dark Sky status the park would retrofit two-thirds of its outdoor lights within three years