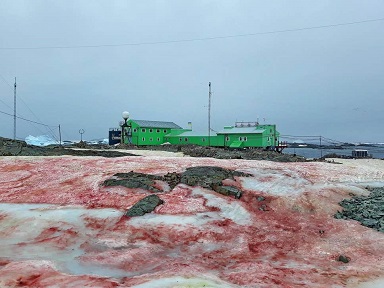 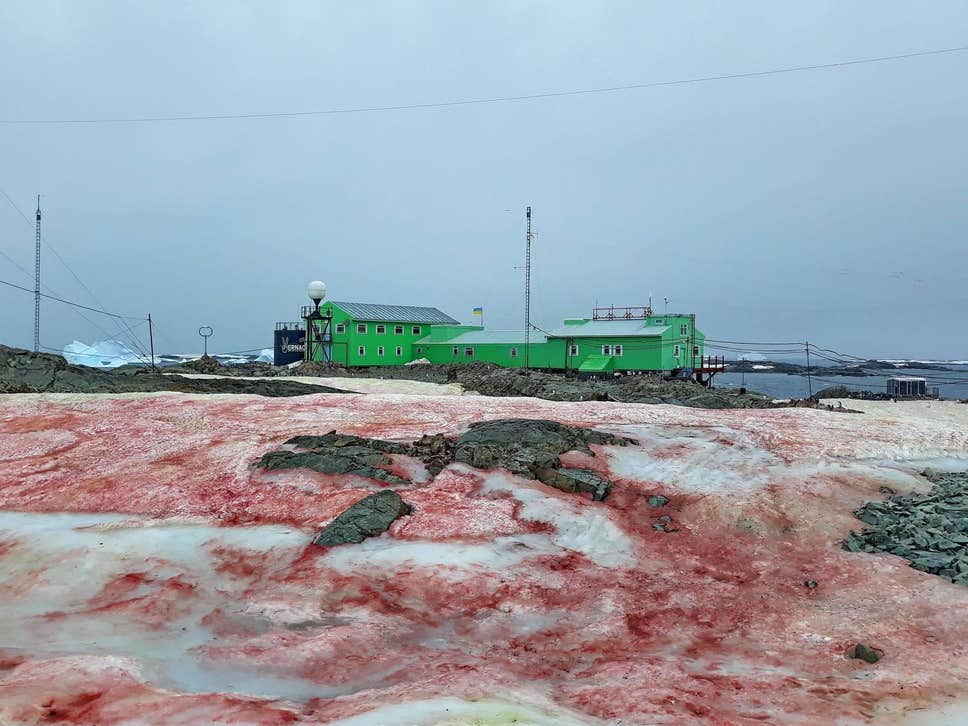 Snow has taken on a sinister-looking blood red colour at a Ukrainian research station due to a type of algae which contributes to climate change.

For several weeks, scientists working at the Vernadsky Research Base in Antarctica have been surrounded by what they call “raspberry snow”.

Images released by Ukraine’s Ministry of Education and Science on Monday showed the phenomenon, which is caused by microscope snow algae when weather conditions are favourable during Antarctica’s summer months.

The ministry explained that the algae is able to survive the extreme cold temperatures during the Antarctic winter and begins to sprout when warmer temperatures arrive in the summer (between October and February).

The algae’s cells have a red carotene layer which protects it from ultraviolet radiation and produces red spots in the snow like “raspberry jam”, the ministry said.