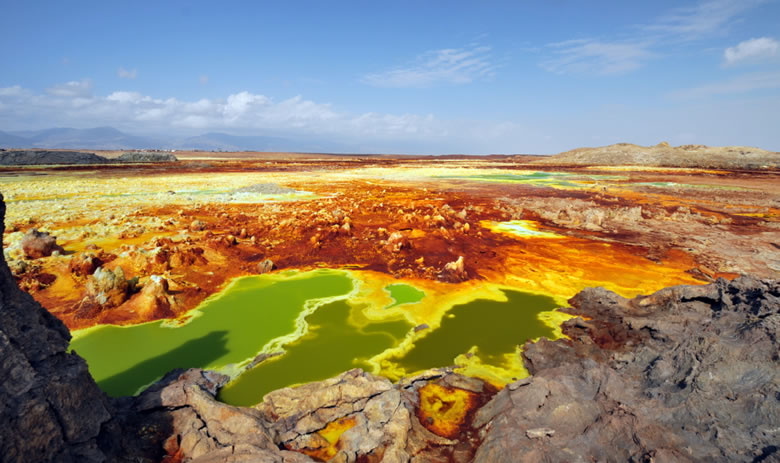 The Danakil Depression is a rift valley that parallels the Red Sea, near the border between Ethiopia and Eritrea. It is a minor structure related to the rift between Africa and the Arabian Peninsula. As the rift opens, the floor of the Danakil Depression subsides. After millions of years of subsidence, the deepest part of the depression is about 410 feet below sea level. It is one of the lowest points on Earth.

Several times during the formation of the Danakil Depression, water has overtopped the divide between the Danakil Basin and the Red Sea, flooding the basin with seawater. Thick evaporite sequences of gypsum and halite were deposited in the basin as the seawater evaporated in the hot dry climate. Some of the evaporite deposits were formed by evaporating runoff water and evaporating hydrothermal brines.