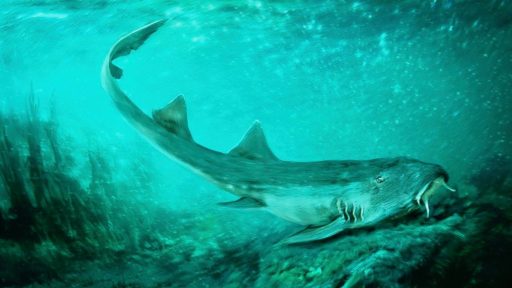 US scientists have introduced us to Galagadon nordquistae, a newly discovered species of freshwater shark from around 67 million years ago.

Its claims to fame include having – in the words of said scientists – tiny teeth that “resemble the alien ships from the popular 1980s video game Galaga”, and being found next to Sue, currently the most complete T. rex specimen ever described.