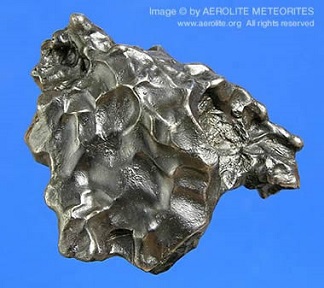 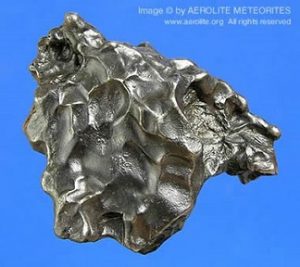 Meteorites are rocks, usually containing a great deal of extraterrestrial iron, which were once part of planets or large asteroids. These celestial bodies broke up, or perhaps never fully formed, millions or even billions of years ago. Fragments from these long-dead alien worlds wandered in the coldness of space for great periods of time before crossing paths with our own planet. Their tremendous terminal velocity, which can result in an encounter with our atmosphere at a staggering 17,000 miles per hour, produces a short fiery life as a meteor. Most meteors burn for only a few seconds, and that brief period of heat is part of what makes meteorites so very unique and fascinating. Fierce temperatures cause surfaces to literally melt and flow, creating remarkable features which are entirely unique to meteorites, such as regmaglypts (“thumbprints”), fusion crust, orientation, contraction cracks, and rollover lips. These colorful terms will be discussed and examined in future editions of Meteorwritings.

Meteorites are among the rarest materials found on earth and are also the oldest things any human has ever touched. Chondrules—small, colorful, grain-like spheres about the size of a pin head—are found in the most common type of stone meteorite, and give that class its name: the chondrites. Chondrules are believed to have formed in the solar nebula disk, even before the planets which now inhabit our solar system. Our own planet was probably once made up of chondritic material, but geologic processes have obliterated all traces of the ancient chondrules. The only way we can study these 4.6 billion year old mementoes from the early days of the Solar System is by looking at meteorites