Starlink’s Satellites Will be Orbiting at a Much Lower Altitude, Reducing the Risks of Space Junk 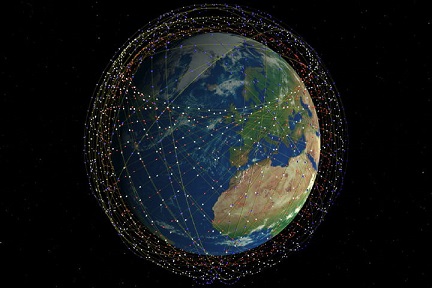 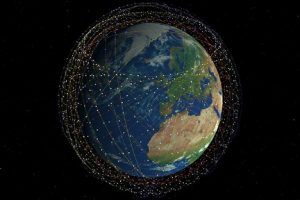 Among Elon Musk’s many plans for the future, one of the more ambitious has been the creation of a constellation of satellites that will offer broadband internet access to the entire world. Known as “Starlink”, the company’s long-term plan is to deploy over 12,000 internet satellites to Low Earth Orbit (LEO) by the mid-2020s. Despite criticism and dismissal, Musk and SpaceX have taken some major steps in recent years to get the ball rolling on this proposal. And according to a recently-released official statement from the company, mass production is well underway and the first batch of operational satellites are already in Florida awaiting their scheduled May 2019 launch. This news comes on the heels of the company receiving approval from the Federal Communications Commission (FCC) to launch satellites to a lower orbit than originally specified. Originally, SpaceX intended to launch 4,425 satellites to non-geostationary orbits (NGSO) ranging from 1100 and 1300 km (680 and 800 mi), which would transmit in the Ku- and Ka-radio bands. However, due to growing competition from other satellite internet providers, SpaceX decided to expedite their plans and presented a modified plan to the FCC. This took place in the Fall of 2018 when the company announced that the first batch would be launched to a lower altitude – 550 kilometers (340 mi), starting in May of 2019. They also indicated that this batch would have a simplified design and transmit only in the Ku-band.

This lower altitude was selected to minimize the risk posed by “space junk”, but will also allow the company to send more satellites into orbit sooner. The lower insertion orbit will not only allow the Falcon 9 rockets that will be deploying the satellites to carry heavier payloads, it will also mean shorter transmissions times and that the first batch of satellites will fall back to Earth sooner. This is intrinsic to SpaceX’s new plan to replace the first batch of simplified satellites with upgraded versions later on, eventually creating the full constellation that will deliver internet service as originally advertised. The recent FCC approval – which was issued on April 26th, despite objections from SpaceX’s competitors – has effectively cleared a major regulatory hurdle for the company.