What is Fire Agate? 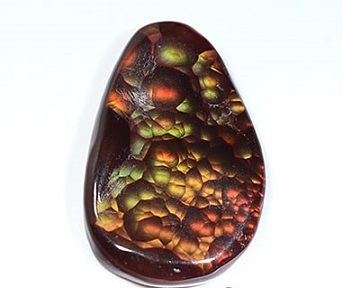 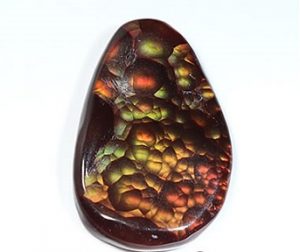 Fire agate is a rare and interesting gem of unusual beauty. It is a brown agate that reflects bright flashes of iridescent yellow, red, orange and green from hemispherical surfaces within the stone. These hemispherical features are a characteristic crystal habit of agate known as a “botryoidal habit”. Fire agate is a phenomenal gem. In gemology, a phenomenal gem is one that reacts with the light that enters it to produce an interesting optical effect. In fire agate, the phenomenon is the iridescent colors. They change as the gem is moved, as the light source is moved, or as the head of the observer is moved. The phenomenon of fire agate is reminiscent of the play-of-color of precious opal, yet it is completely different. The name “fire” is used, but the color is not caused by dispersion – the phenomenon that causes the “fire” seen in diamond..