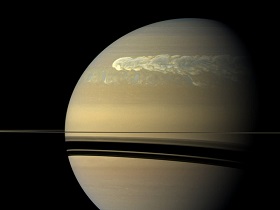 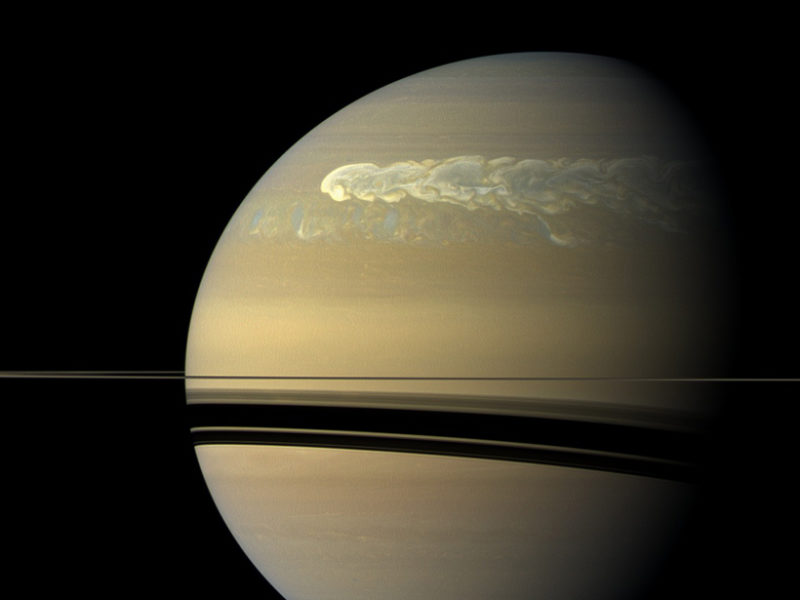 If we look past Saturn’s rings, we see that the planet’s surface has few distinctive features. Most of the planet is made of hydrogen, helium, and such trace elements as ammonia, methane, and water, which create the planet’s visible bands and clouds.

Occasionally, however, Saturn’s surface lights up a bit with bright white spots. These are storms, formed when water clouds in the inner layers of the atmosphere—200 kilometers below the visible surface—heat up and rise, much like a summer storm anywhere on Earth but on a larger scale.

Until recently, researchers had observed just two types of Saturnian storms. The small ones, typically 2,000 kilometers in diameter, look like irregular bright clouds and last for a few days. The really big ones are known as great white spots. These are monster storms, up to 20,000 kilometers across—large enough to cover the entire Earth—that can persist for several months.

But in 2018, a new type of storm appeared on the surface of the ringed planet. Rather than a giant spot, four medium-sized storms appeared in sequence at slightly different latitudes near the north pole.