Sahara was home to some of largest sea creatures, study finds 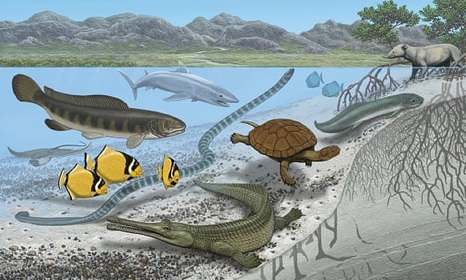 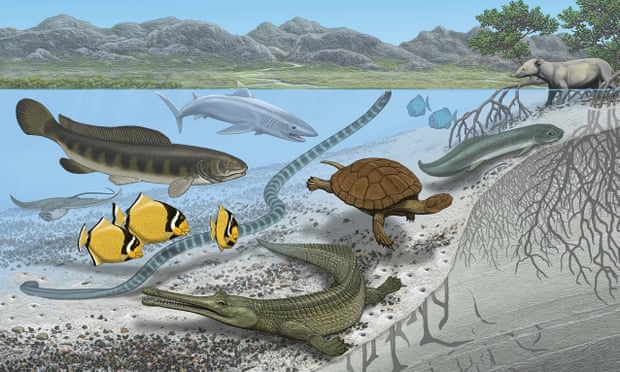 Some of the biggest catfish and sea snakes to ever exist lived in what is today the Sahara desert, according to a new paper that contains the first reconstructions of extinct aquatic species from the ancient Trans-Saharan Seaway.

The sea was 50 meters deep and once covered 3,000sq km of what is now the world’s biggest sand desert. The marine sediment it left behind is filled with fossils, which allowed the scientists who published the study to build up a picture of a region that teemed with life.

Between 100m and 50m years ago, today’s arid, boulder-strewn northern Mali “looked more like modern Puerto Rico”; the sun shone on some of the earliest mangroves, and molluscs lined the shallow seabed, according to Maureen O’Leary, the paleontologist who led the study.

The study also formally named the geological units, literally putting the area on the geological map for the first time, showing how the sea ebbed and flowed over its 50m years of existence, and building up information about the K-Pg boundary, the geophysical marker of one of Earth’s five major extinction events, in which the non-avian dinosaurs became extinct.