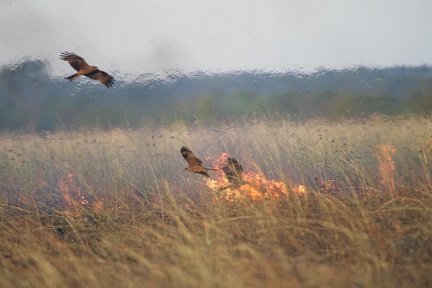 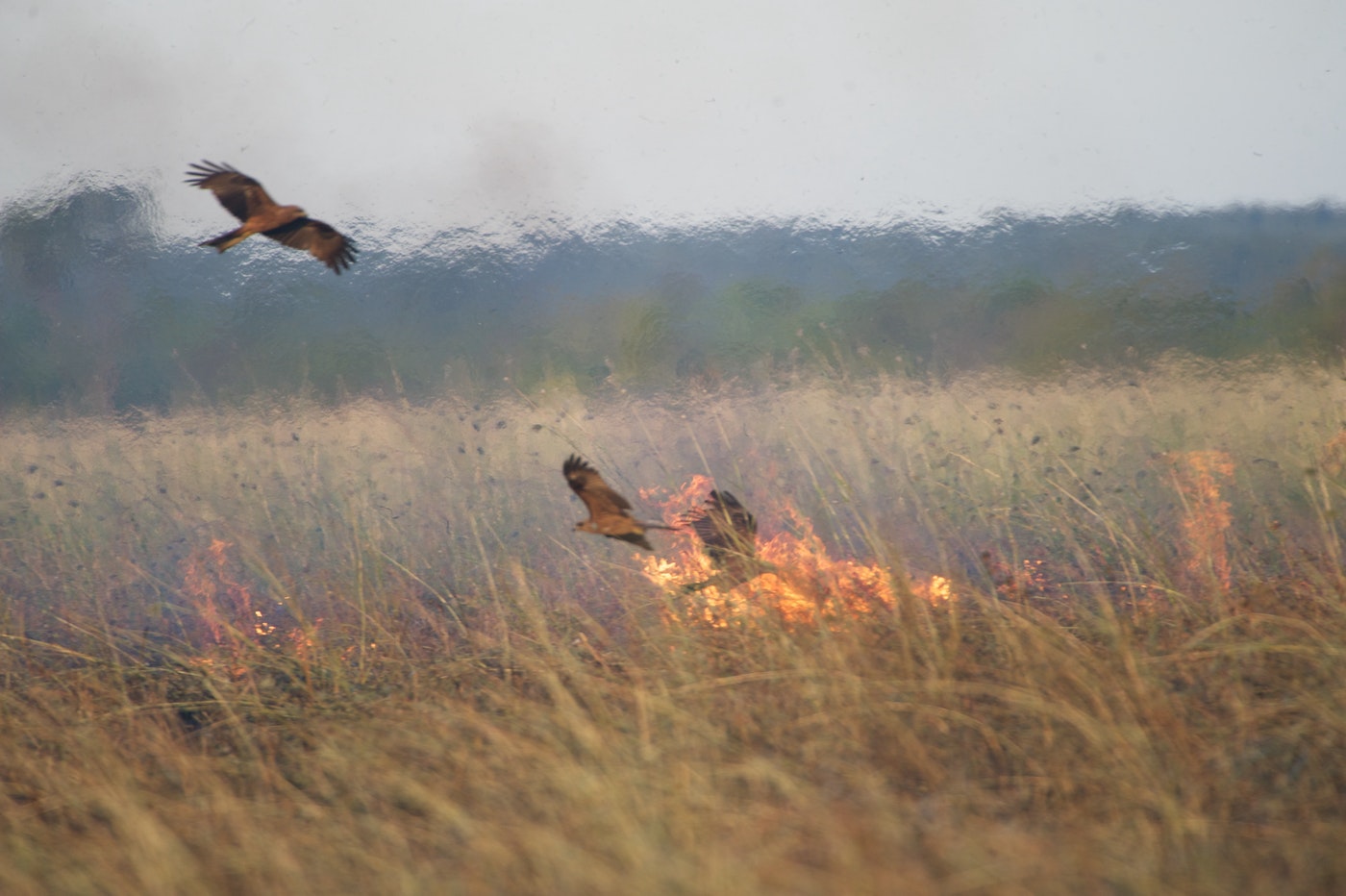 Australian Aboriginal lore is replete with references to birds carrying fire, and some traditional ceremonies even depict the behaviour. Now ornithologists have collected accounts from witnesses across the savannas of Australia’s far north, known as the Top End, suggesting three Australian birds of prey species use smouldering branches to spread fires and scare prey into their waiting talons.

Black kites (Milvus migrans), whistling kites (Haliastur sphenurus) and brown falcons (Falco berigora) all regularly congregate near the edges of bushfires, taking advantage of an exodus of small lizards, mammals, birds and insects – but it appears that some may have learnt not only to use fire to their advantage, but also to control it.

“At or around an active fire front, birds – usually black kites, but sometimes brown falcons – will pick up a firebrand or a stick not much bigger than your finger and carry it away to an unburnt area of grass and drop it in there to start a new fire,” says Bob Gosford, an ornithologist with the Central Land Council in Alice Springs, in the Northern Territory, who led the documentation of witness accounts. “It’s not always successful, but sometimes it results in ignition.”