A rather different storm on Jupiter 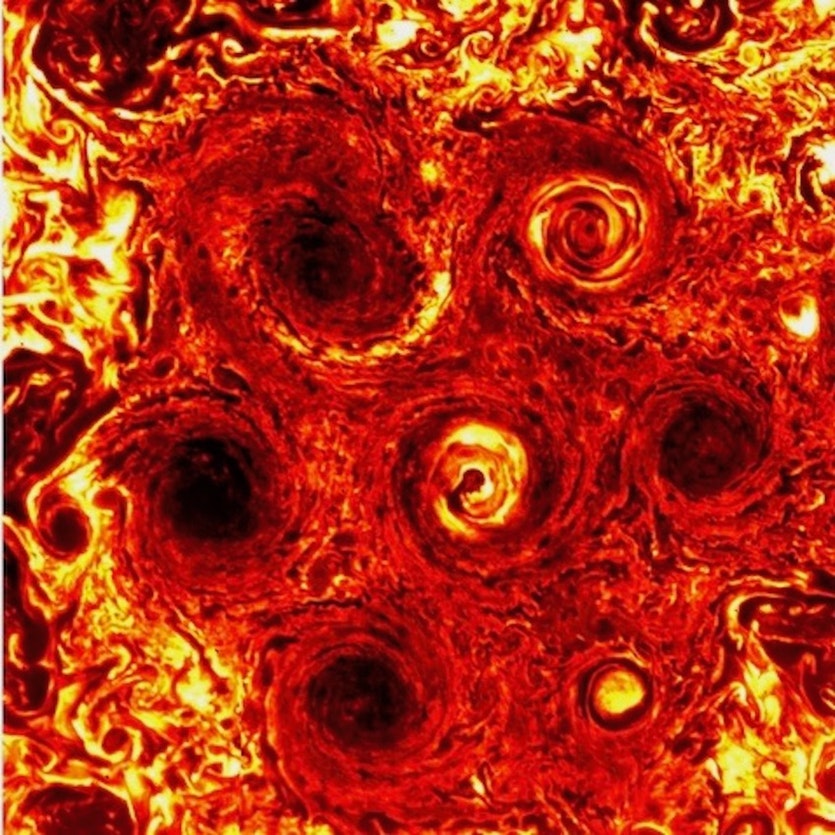 NASA’s Jupiter-orbiting Juno spacecraft has discovered a new giant storm on the planet.

That in itself isn’t surprising – Jupiter has many giant storms. But this storm has shouldered its way into a ring of storms at Jupiter’s south pole, converting a tidy pentagon of evenly spaced storms into an equally tidy hexagon.

“One of the very first things we discovered at Jupiter is that the poles don’t look like the rest of the planet,” Steve Levin of NASA’s Jet Propulsion Laboratory told a meeting of the American Geophysical Union.

When Juno arrived in 2016, he adds, one of its finds was that the south pole had a giant central storm surrounded by a ring of five others. “Now we have six,” he says.

The new storm, says Levin’s colleague Alessandro Mura, from Italy’s National Institute for Astrophysics, muscled its way in from the outside, forcing the others to rearrange to accommodate it, sometime during Juno’s latest orbit, which only brings it into viewing range close to the pole once every 53 days.