Breakfast at the Cosmic Dawn 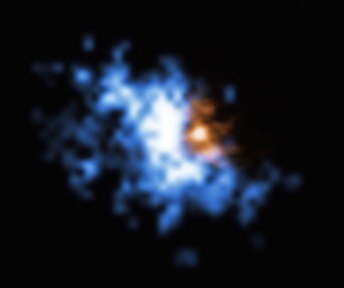 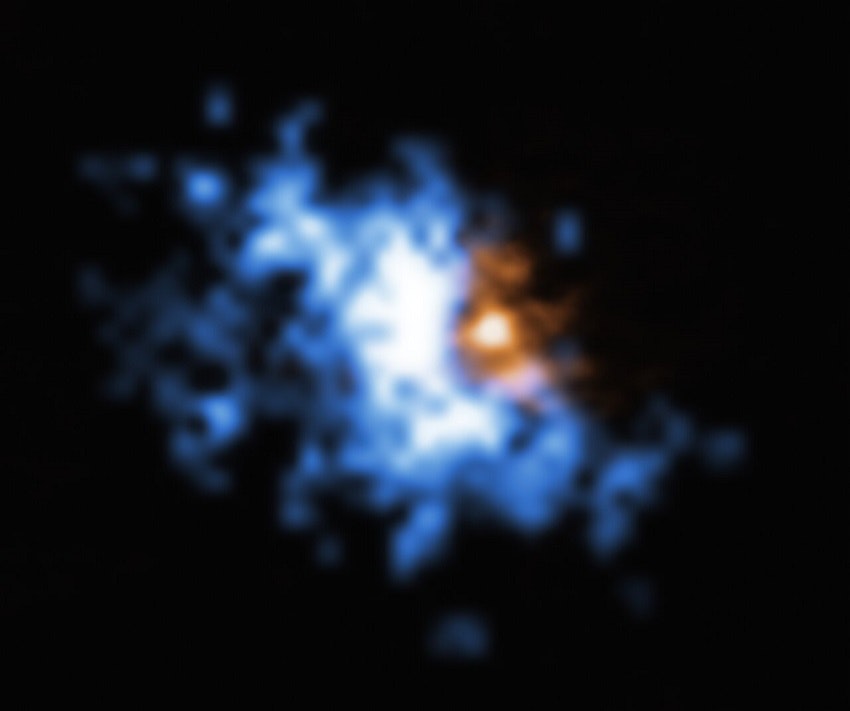 Astronomers using the European Space Observatory’s Very Large Telescope (VLT) report observing reservoirs of cool gas around some of the earliest galaxies in the Universe.

These gas halos, they say, are the perfect food for supermassive black holes at the centre of these galaxies and this might explain how they grew so fast during what’s known as the Cosmic Dawn.

“We are now able to demonstrate, for the first time, that primordial galaxies do have enough food in their environments to sustain both the growth of supermassive black holes and vigorous star formation,” says research leader Emanuele Paolo Farina, from the Max Planck Institute for Astronomy in Germany.

“This adds a fundamental piece to the puzzle that astronomers are building to picture how cosmic structures formed more than 12 billion years ago.”

The image above shows one of the newly observed gas halos superimposed to an older image of a galaxy merger obtained with the Atacama Large Millimeter/submillimeter Array (ALMA).

The large-scale halo of hydrogen gas is shown in blue, while the ALMA data is shown in orange. The halo is bound to the galaxy, which contains a quasar at its centre.